Do you have a project in mind?

Our project to refurbish the Grade II Listed garden wall at Grade I Listed Morden College is now complete. The three hundred and twenty year old Grade II Listed wall to the Clerk’s House garden has undergone a well earned facelift. Refurbishment works were onsite for 16 weeks, during which the wall was carefully and painstakingly restored following a conservation approach subscribed by E2 with consultation from Dr Gerard Lynch ‘The Red Mason‘ and ably carried out by Charlie Stewart and his team of craftsmen at Stewart Truman. The results are plain to see and the wall stands firm again, set to endure hundreds of years more.

Works to the listed wall were required to respond to decades worth of neglect and botched repairs. The wall had been left to become infested with plant roots which were causing the deterioration of the wall from the inside out, pushing the bricks apart. Historic repairs to the wall had been made using concrete mortar which meant the 320 year old bricks weren’t able to breath, trapping moisture into them so that many had blown. The south wall was listing heavily into the garden, due to an opening created for a gate into the memorial garden beyond.

The refurbishment followed a ‘light touch’ approach that was prescribed by E2. Consultation with Dr Gerard Lynch for analysis of the bricks and mortar resulted in the identification of the original lime mortar used in the wall so that this could be replicated, this and the prescribed approach enabled the works to comply with what had been agreed with the local conservation officer. The top four courses of the wall below the brick on edge and the chamfered detail brick were removed. The bricks were set aside and cleaned for reuse in the wall. A new brick was sourced to match the existing, following assistance and the skillful eye of Charlie Stewart, this was then used to consolidate the structure of the wall and help weatherproof it, using a slightly stronger mortar for the topmost courses to be rebuilt. Pointing samples for a ‘Heritage joint’ as described to us by Dr Lynch (for a recessed mortar joint) were provided by Charlie and an agreement was made between Charlie and E2 to repoint to a slightly more recessed profile (of 2.5mm) than on the samples (1.5mm). The result allowed the irregularity and character of the historic bricks to come to the fore.

Rebuilding of the south wall, which was slightly more extensive, resulted in a natural and noticeable correction of the listing to the wall at the gate opening. This wall was further consolidated by a new brick pier, constructed in the new brick, to stabilise the wall at the opening. During the dig-out to the new foundation for the pier, the footings of the wall were revealed to show 8 more courses of brick below ground, highly unusual for a garden wall, evidence of the high quality and careful workmanship undertaken by Sir Christoper Wren’s favoured brick mason Edward Strong in the building of the campus. No doubt the wall still stands today primarily as a result of its original construction, despite the unsympathetic repairs and alterations to it over the last century.

The existing piers to the two main gates featured framing using two brick types, a red clay brick to the edges and a more yellow malm brick within, with a much tighter mortar joint than to the rest of the wall. Getting the lime mortar to match the rest of the pointing was tricky business as the aggregate mix had to change in order to successfully bond in the tighter recess. Charlie’s diligent work bore fruition. As with the rest of the wall the pointing here is recessed in order that the bricks take centre stage.  When the work was completed the walls were essentially unrecognisable from their sorry original state. Suddenly, the sun was out and the walls were basking in their former glory, restored and in good shape to take on three centuries more…

Below are photos of the walls prior to our intervention. 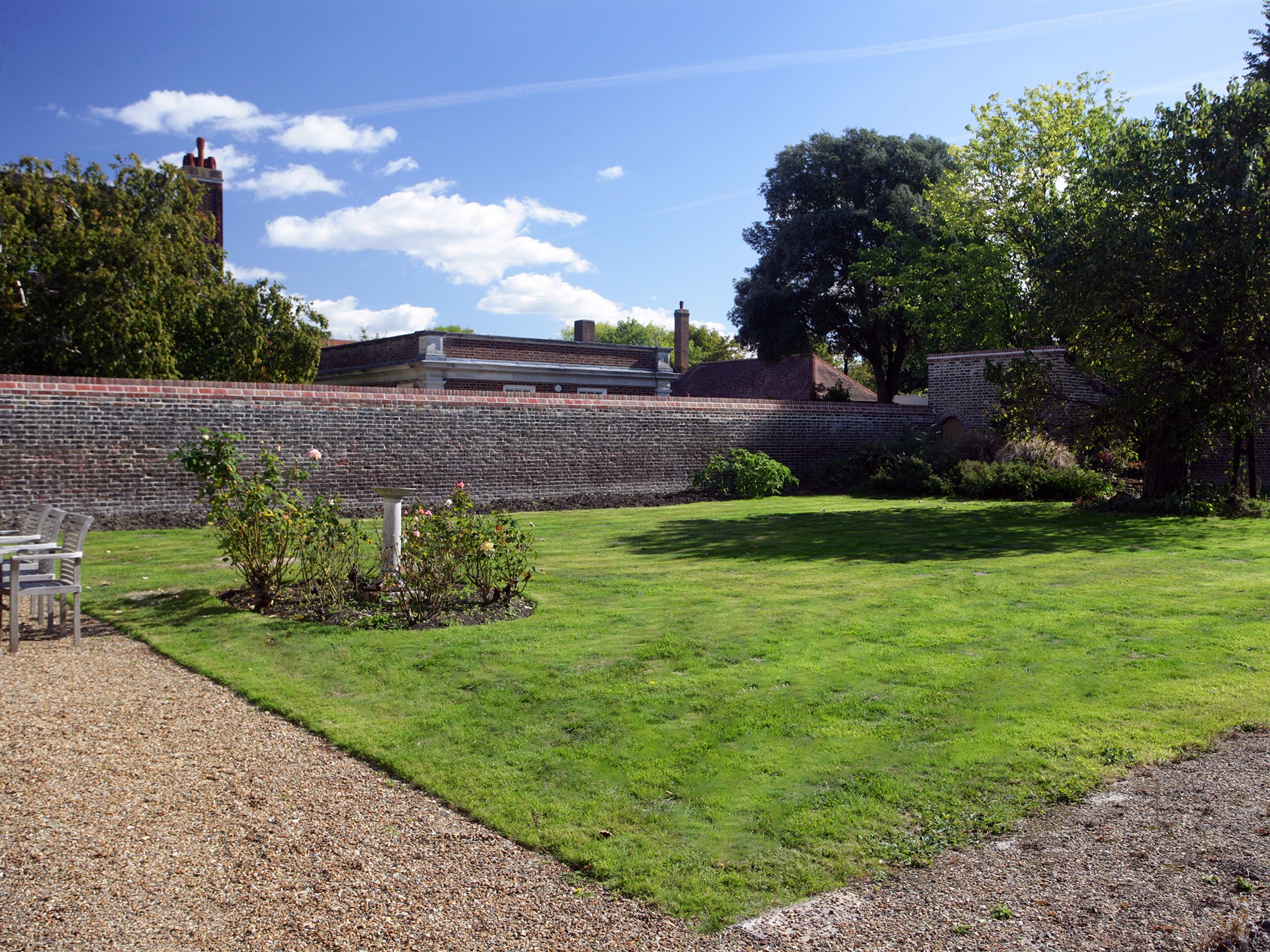 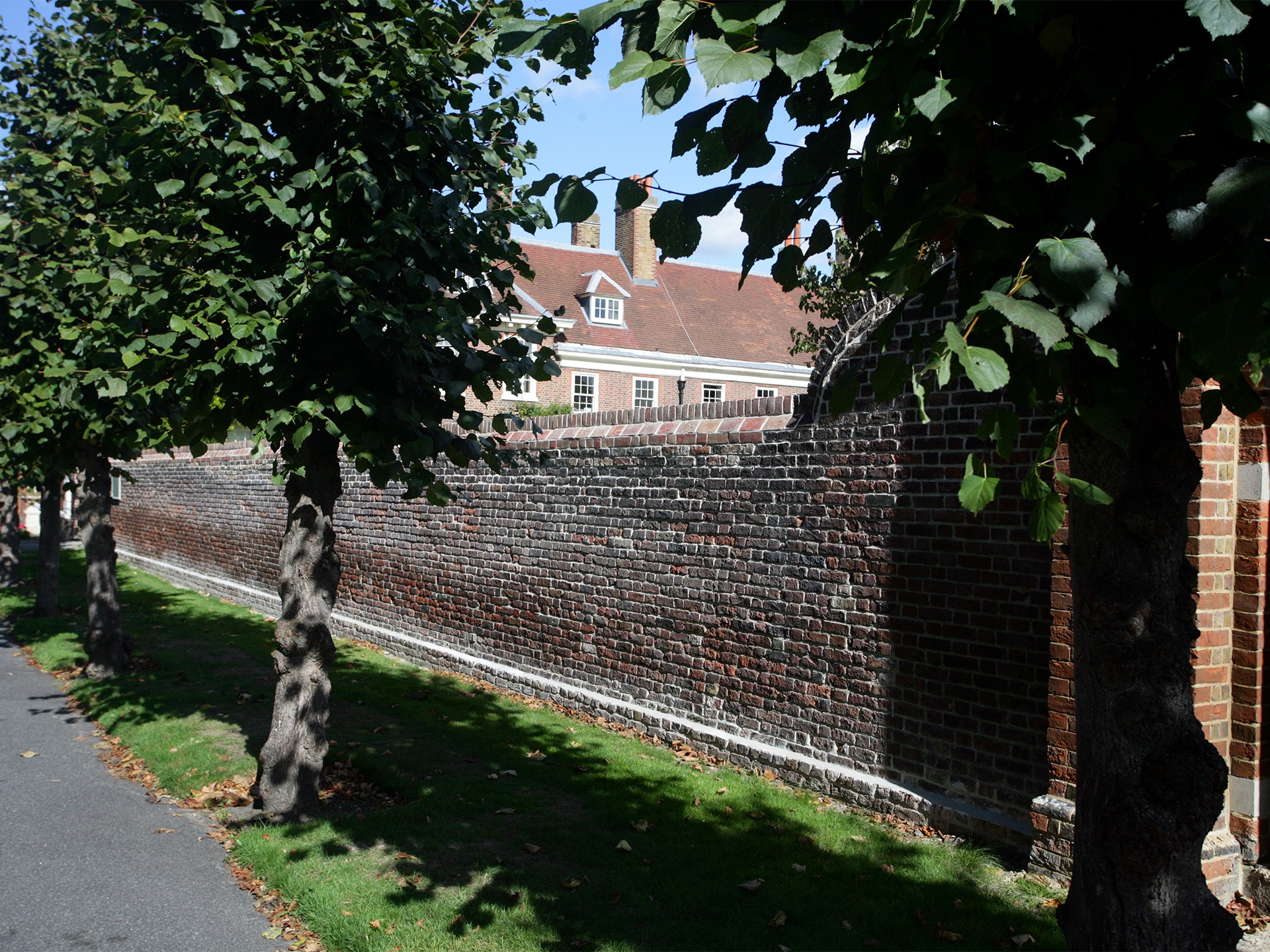 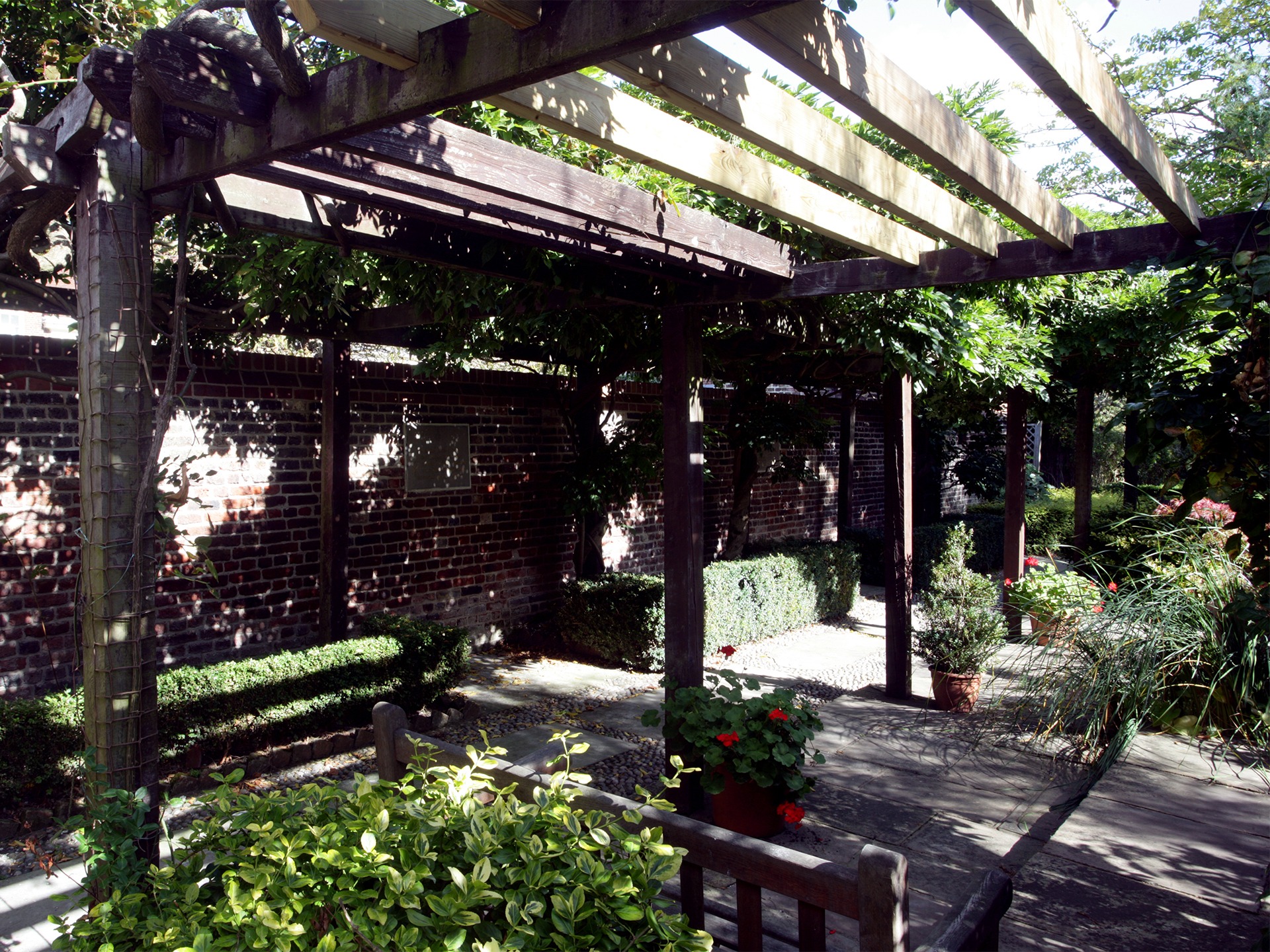 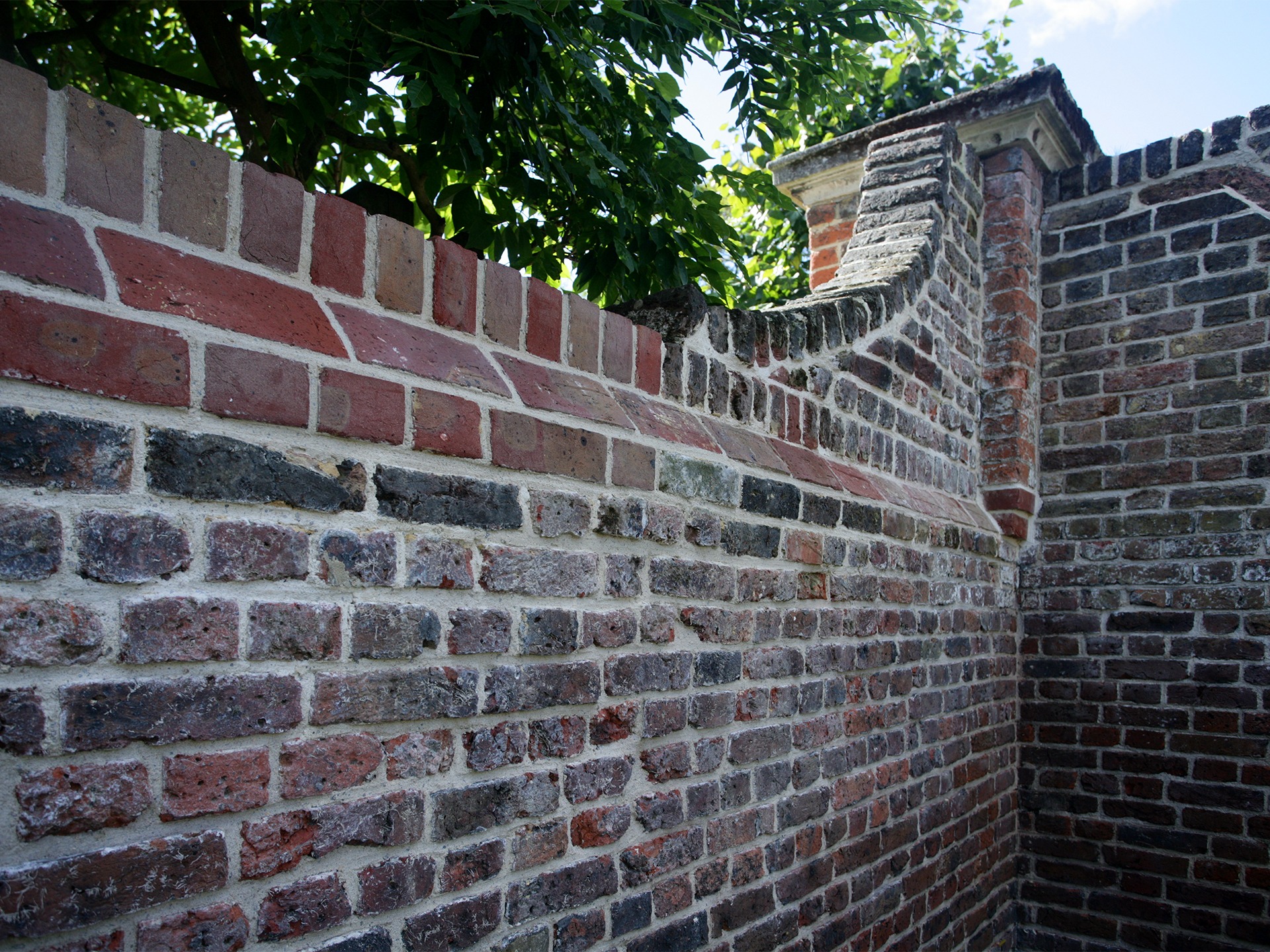 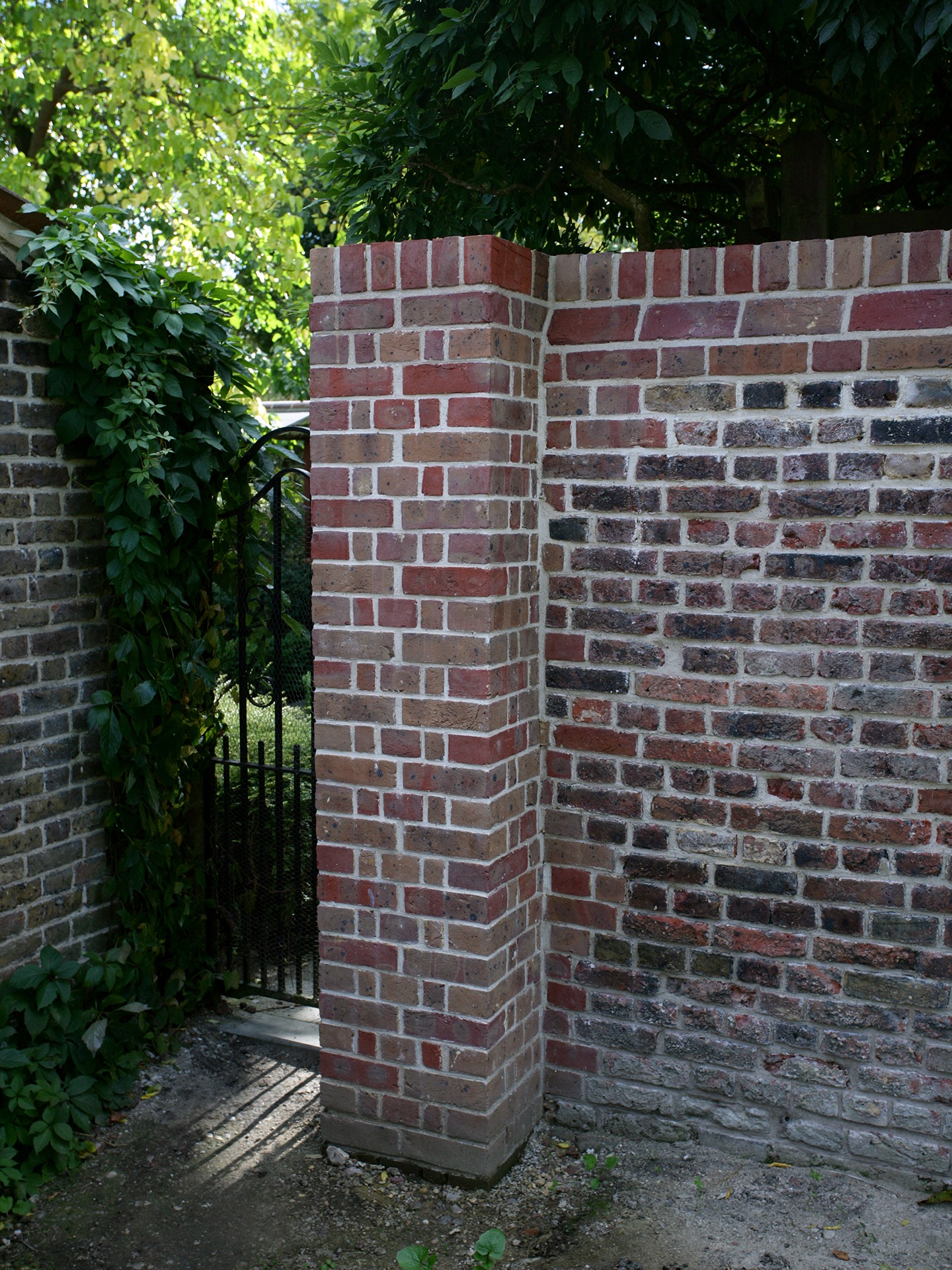 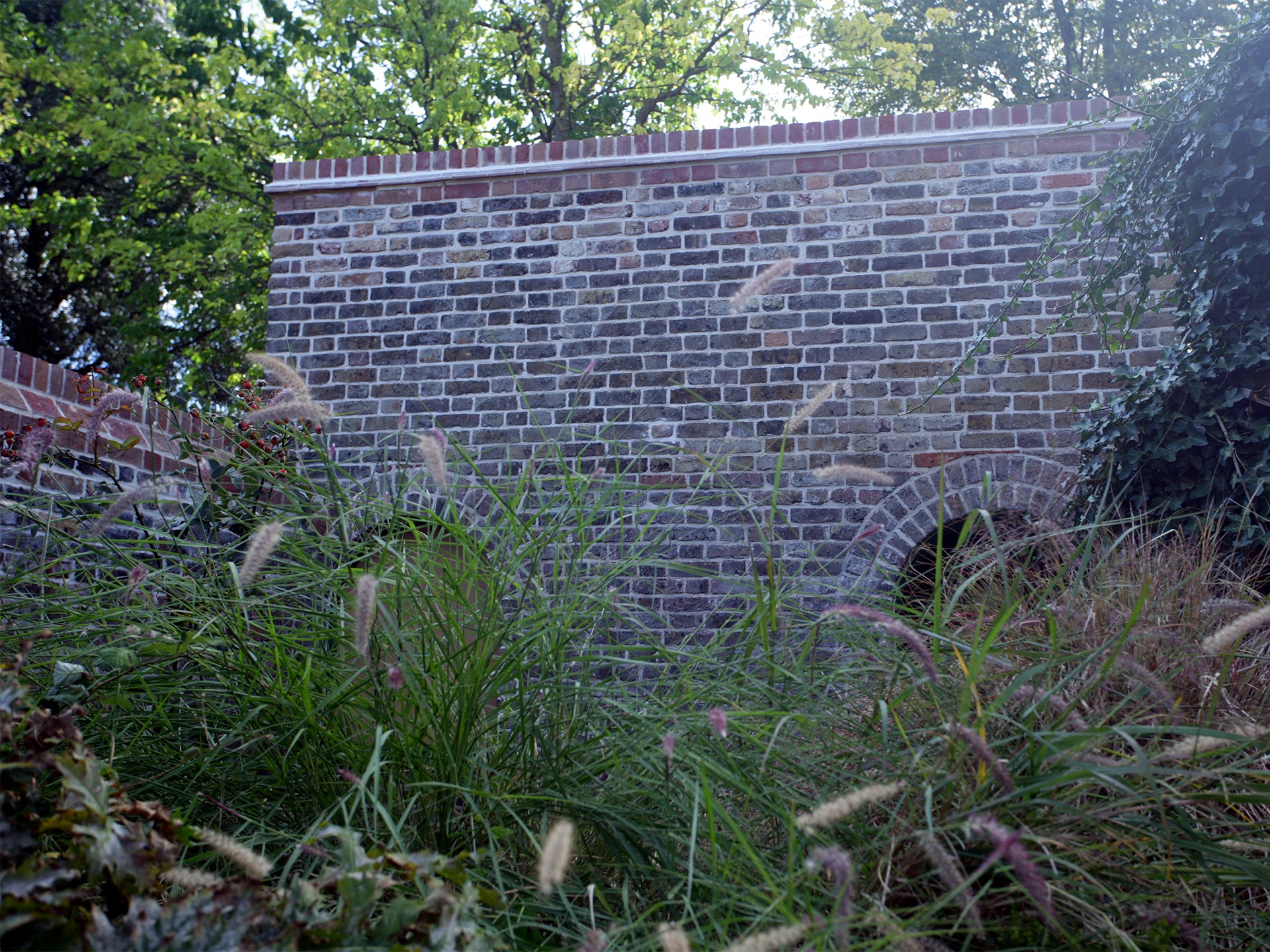 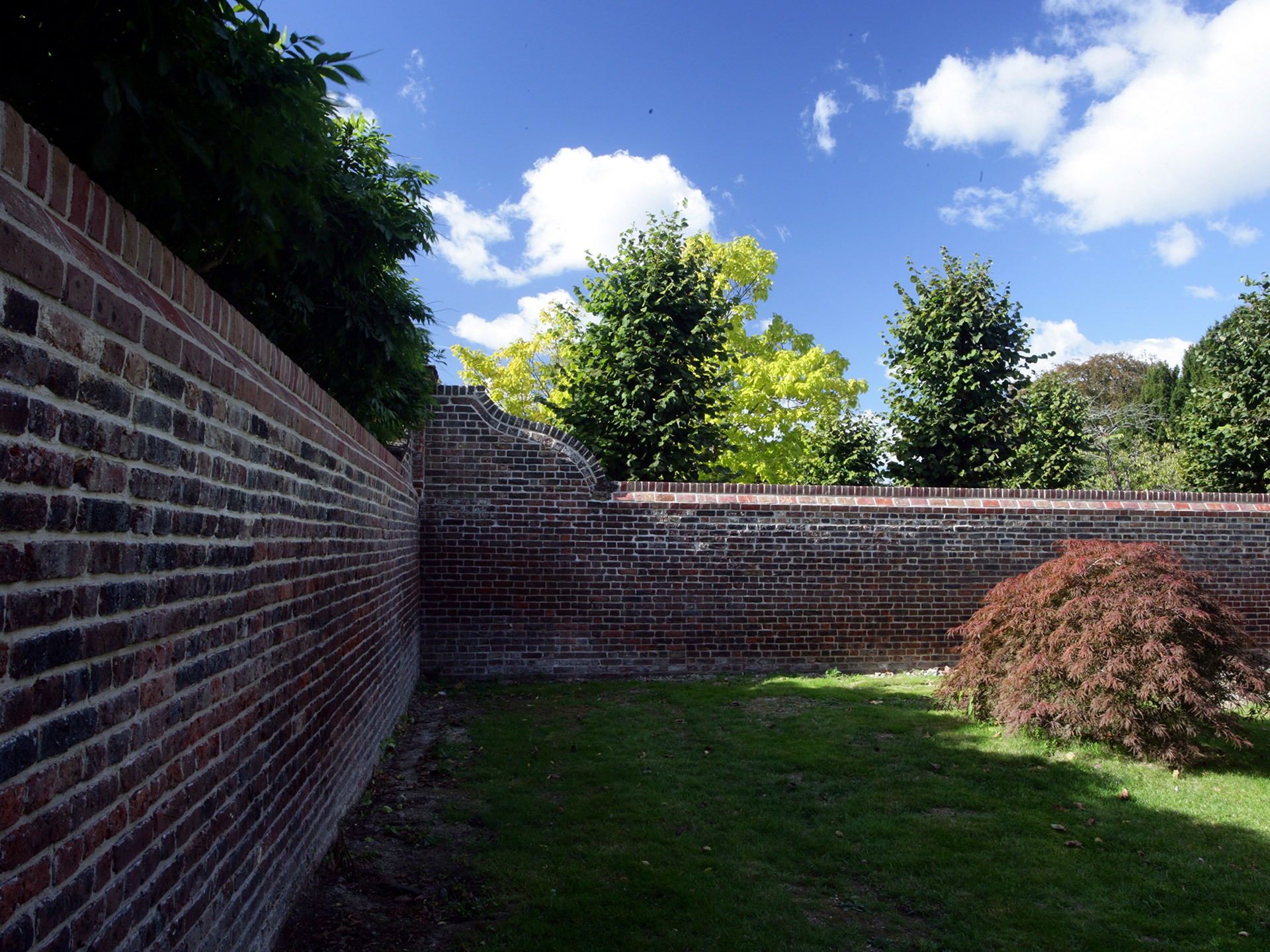 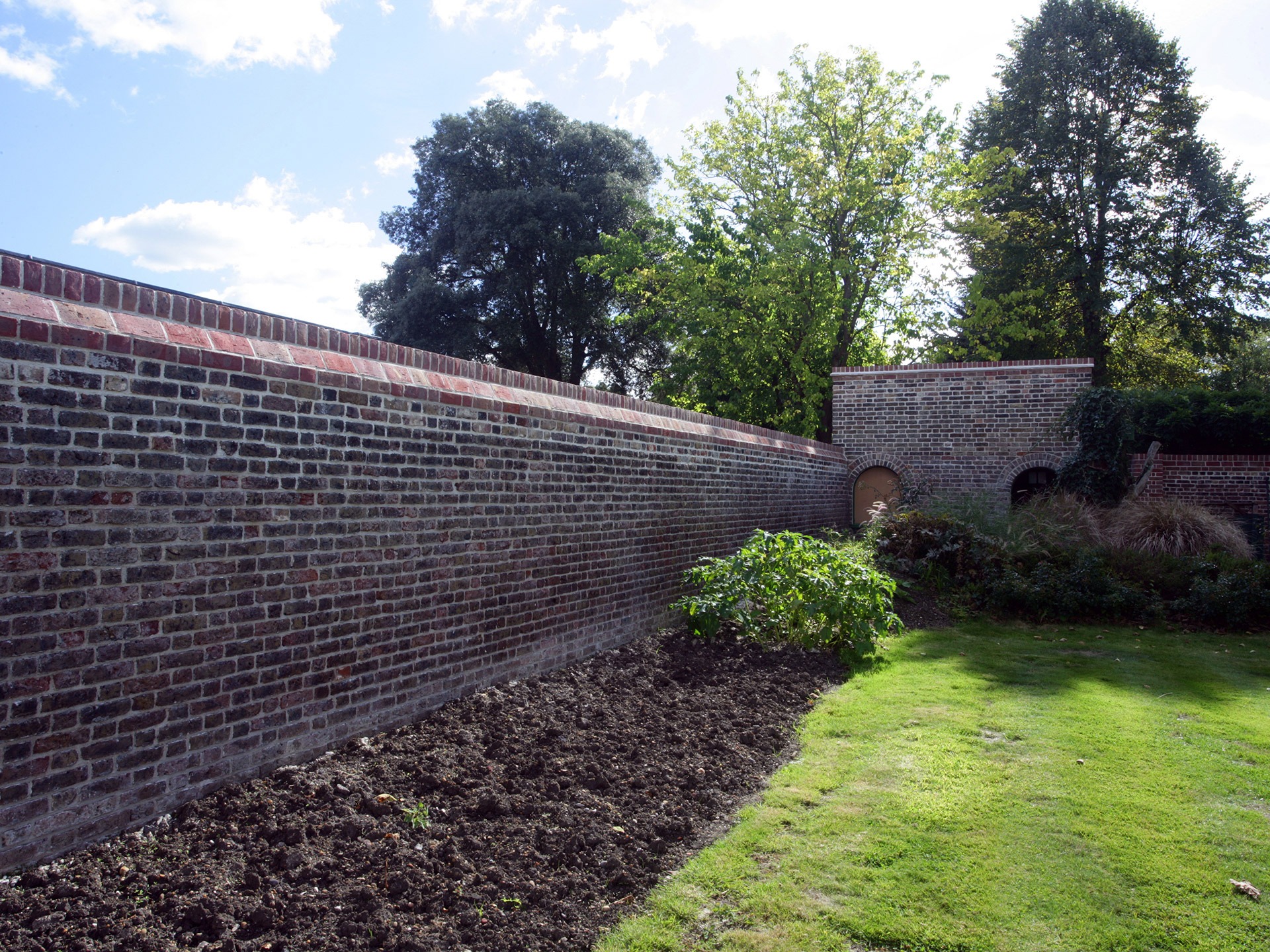 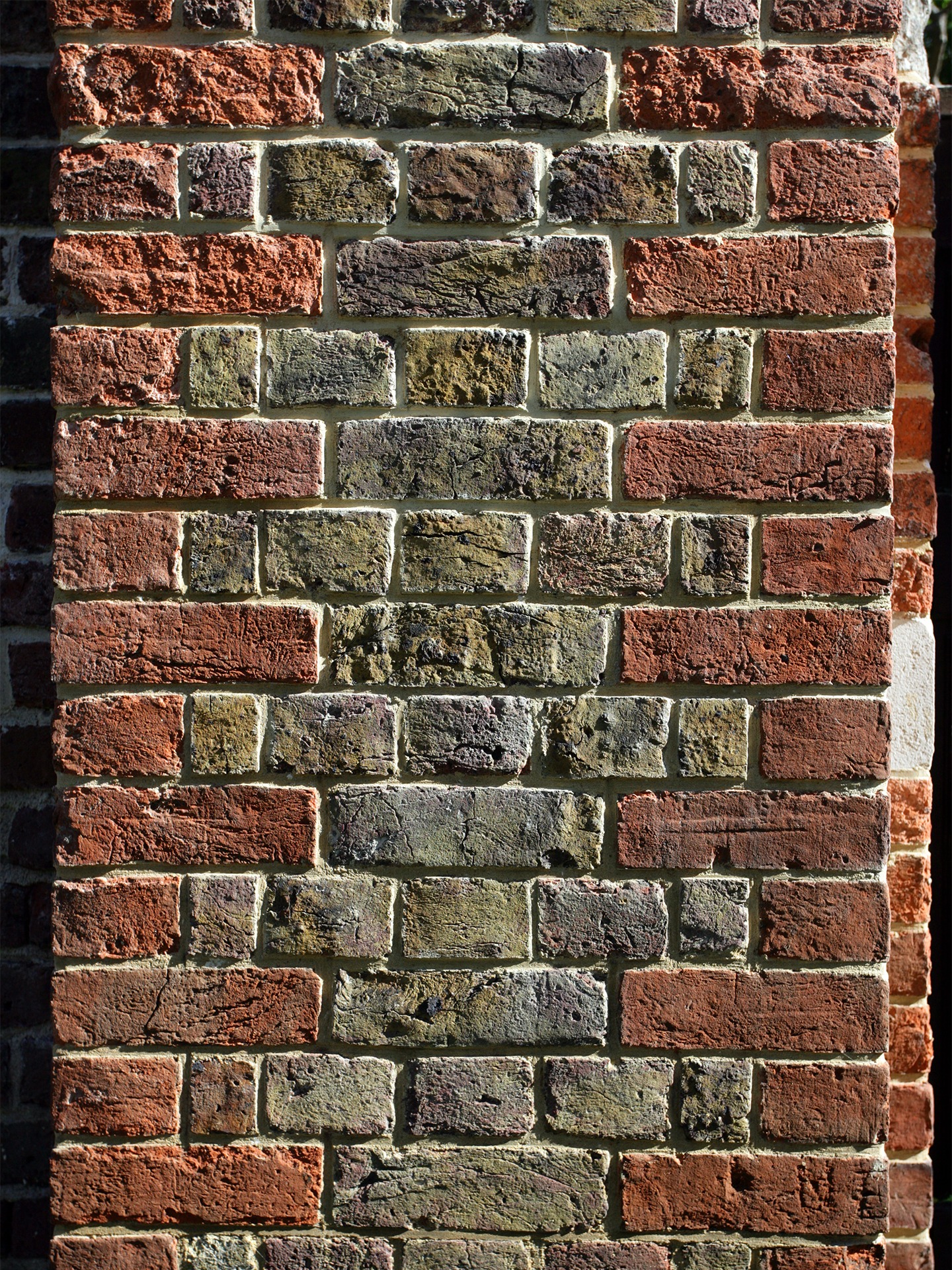 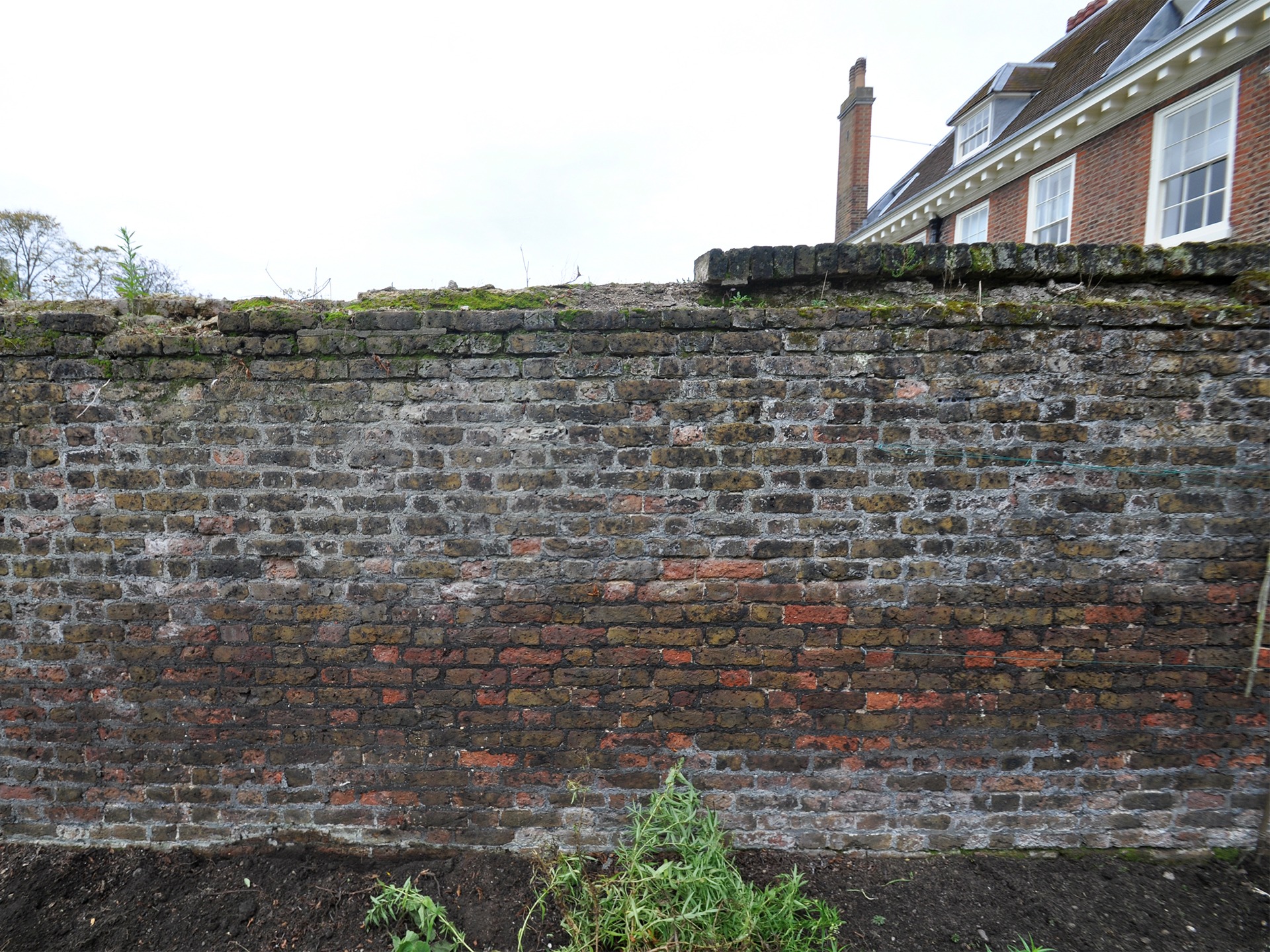 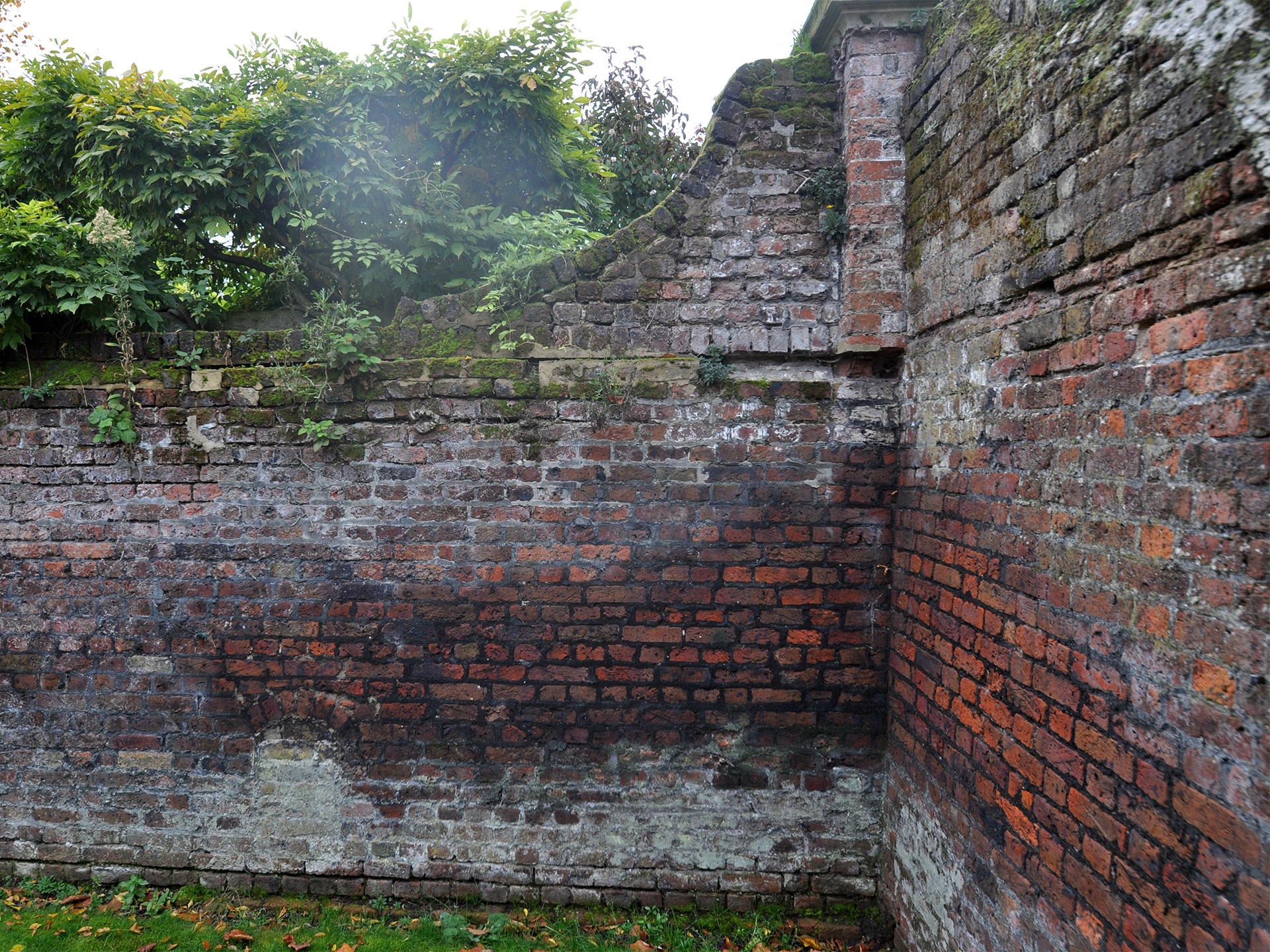 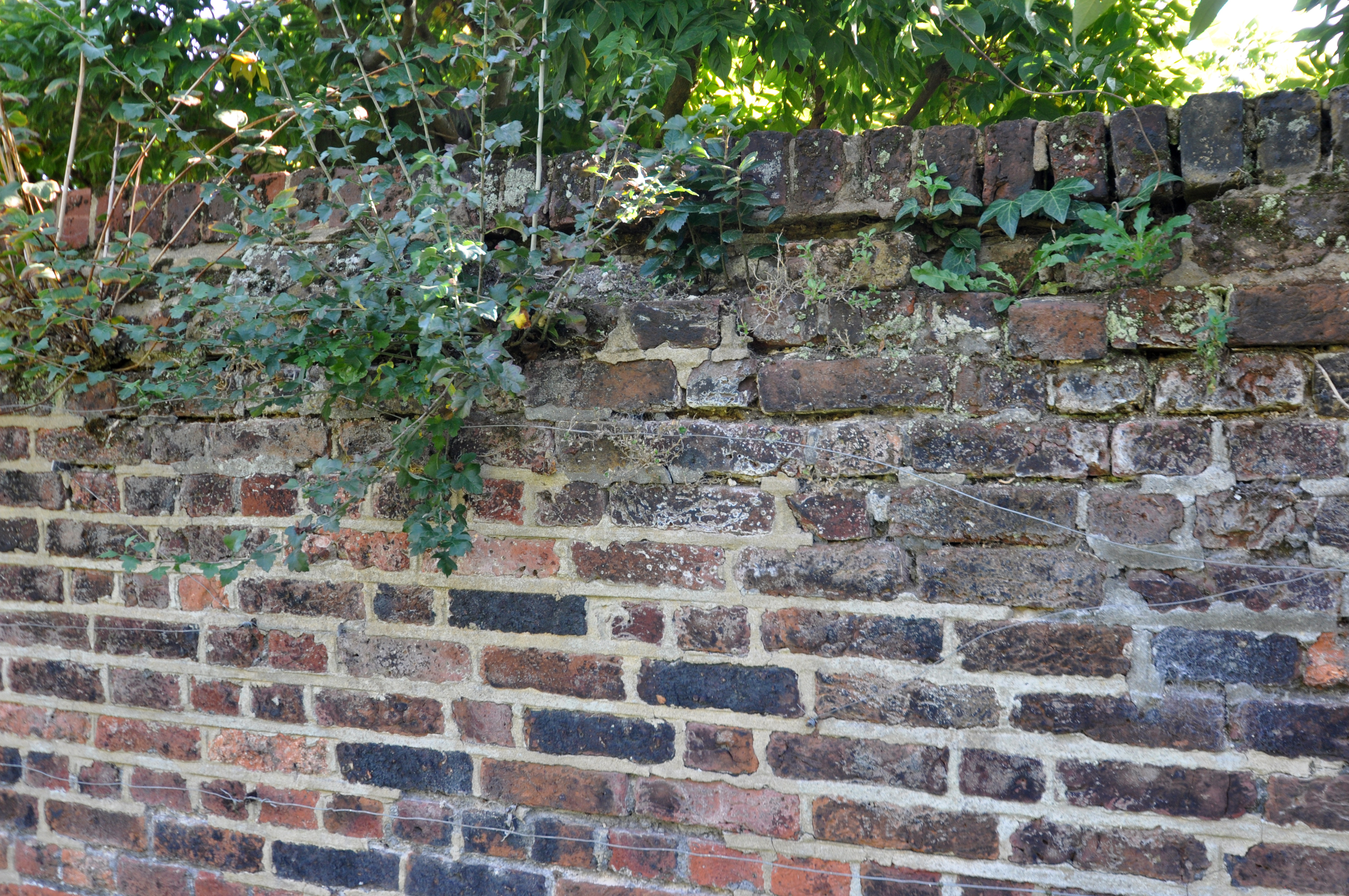 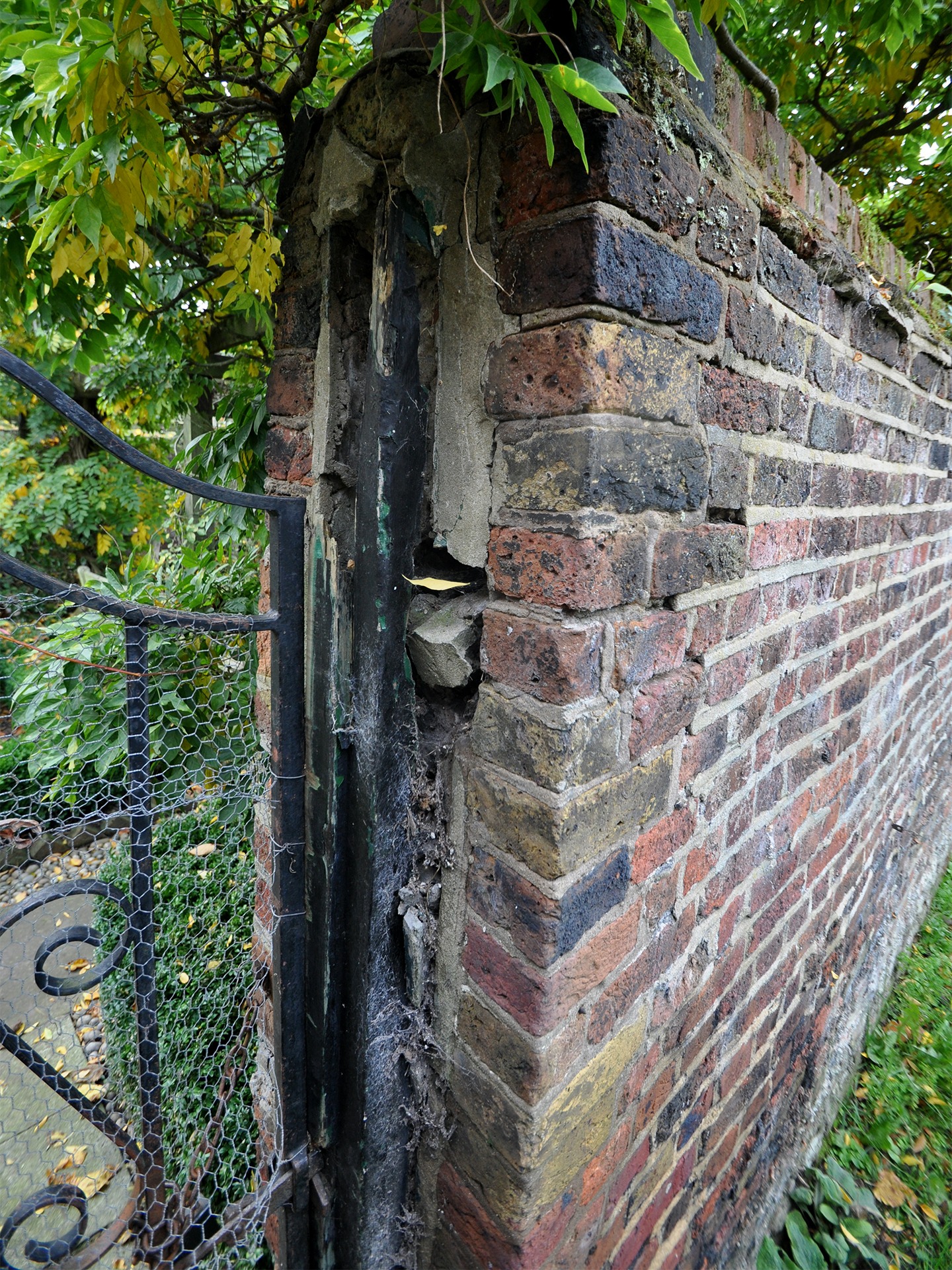 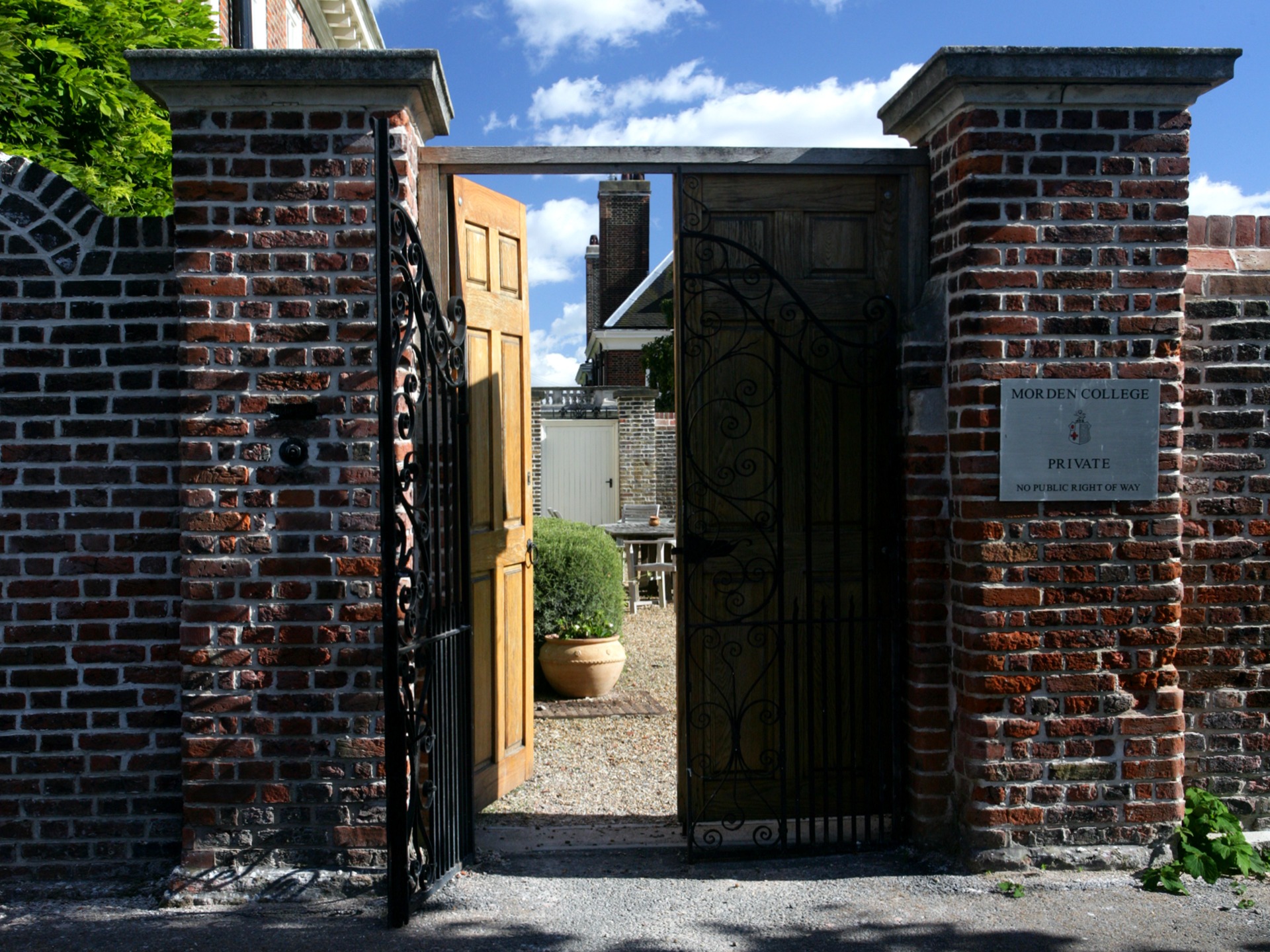 Our No Obligation Consultancies

Change can happen in a listed building or conservation setting. As the owner of a listed building you are considered to be the current guardian of a national heritage asset. In this role you can expect support and you could consider yourself a champion of the legacy to be passed on.


Have a similar project in mind?

Get in touch and we will contact you for a free appraisal.